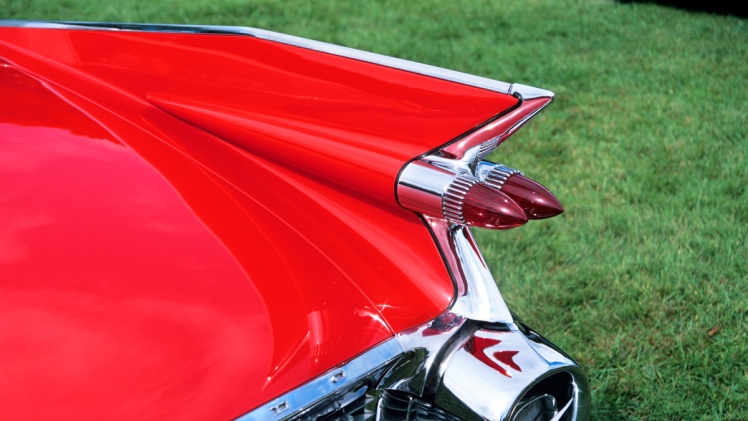 The History and Evolution of Automobiles How Cars Became Safer

Karl Benz is widely considered the father of the modern automobile. The “Benz Patent Motorwagen,” as it was called, was built in Germany in 1885- a wonderous contemporary vehicle that propelled itself and could transport people. In 1886 it was patented and unveiled to the world.

However, it was Henry Ford’s “Model T” that popularized automobiles as a normalized part of western life. This was when cars started replacing carriages as the mode of transportation. By the 1930s, cars were a normal sight on the streets of America.

The first semblance of anything close to an automobile dates back to 1672, when Ferdinand Verbiest built a steam-powered vehicle as a toy for his Chinese employer. From 1770 to 1801, the automobile went through several humble modifications. French Joseph Cugnot (1770) showcased his “fardier a vapeur” (steam dray) which was a steam-powered artillery tractor. This is often dubbed as the “mother of all motorcars.”

This model inspired Englishman William Murdoch (1784) to develop a working model of this very Steam Dray. By 1801 Richard Trevithick had further developed this into a model that could be used on the road. After this period, there were more innovations and modifications to the automobile, such as hand brakes, accelerated steering, etc., until 1886 when Karl Benz unveiled the Benz patent Motorwagen, which quickly became the blueprint for the modern car.

48% of the world’s production of automobiles in 1903 was done by France, and in Western Europe, the automobile was the newest trend. The Duryea Motor Company became the first motorcar manufacturing company in the United States in 1893. The model called “Ramblers” became the most liked car of that time with almost 1500 of it sold. The “Cadillac” dethroned the Rambler as it was a diesel/petrol run car, the practice of which still exists today.

Ford Model T And Its Contemporaries

Henry Ford’s motorcar company quickly outpaced its contemporary car manufacturers in terms of new modifications, the look of the car, and the material used for the body. According to Cycle and Automobile Trade Journal, Ford’s Model T (1906-1907) was the first example of a budget-friendly motorcar sustained by a gas engine having sufficient cylinders to give the shaft a turning impulse in each shaft turn which is strongly built and done in large numbers.

By 1906, the Ford company could deliver a hundred of these in one day. Although Model T was the forerunner model in cars with steel bodies, it took another decade for steel cars to be the norm.

Besides the Ford Model T, the Morgan Runabout, the Mercer Raceabout, and Bugatti 13 were also popular cars of the era. The Raceabout, which came out in 1910, is often considered the very first model of the sports car as we know it now. It was very popular and met with much adoration.

The period after the great depression in 1929 can easily be called the era of great developments in the automobile industry. The entire world was catching up on this newest marvel. The US was a mass manufacturer of automobiles at this point. There were newer and trendier models being made in Europe, Russia, and even in the far east asian country of Japan. The world wars saw the major powers of the world divided and delved into a competition to develop the best model of automobiles.

In the later part of the 1920s, the most prominent development was engines located in the front of the car and bodies with closed-off designs. Austin 7 is a good example of this period, which also served as the blueprint for a preliminary German company- Bavarian Motor Works (BMW) and the Japanese motor company – Kwaishisha Motor Car Works, now called Nissan.

The Soviet Motor car company Gorkovsky Avtomobiby Zavod ( GAZ), in collaboration with the Ford company, developed the GAZ-A (a better version of the previous GAZ-M1, which was prototyped after the Ford model B). The GAZ-A served as the prototype for another very popular Ford model – the Ford model A.

A decade before the second world war, cars with rear storage (sedans) became popular, which made the older models, things of the past. The time was rife with innovations, and every year other new features were being added to the car by some motor company. By the 1930s, the automobile had rear storage, integrating wings, running boards, and headlights, and very closely resembled the modern cars as seen now.

Here’s a brief year-wise timeline of the further developments:

The cars that were developed after the war had an everlasting influence on designs. Some of the very prominent names of cars from the post-second world war are the Soviet GAZ-M20, Pobeda (1946), British Standard Vanguard (1947). By 1949, the UK industry for automobile manufacture had been transferred to the production of V8 and V6 engines in American and Italian models like GM, Cadillac, Oldsmobile,

In Italy, Enzo Ferrari put out his 250 series which was also made in the pontoon style like the American V8 engine cars. The Mini was unveiled in 1959, which in time became one of the most famous cars in history. In 1963 and 64, respectively, the Porsche 911 and the Ford Mustang came out, which were iconic in all aspects. Both of them sold very well and are still valued as antique and legendary collectibles. In 1967, GM responded to the Ford Mustang with the Chevrolet Camaro.

Two years later, it was the Japanese Datsun 240Z that was ruling the market in America and Europe.

Without the innovations of the forefathers of the automobile industry, it would have been impossible for present-day cars to take form. The automobiles of now are, however, much safer to ride in and are very efficient. The installation of technologies such as MPFI for fuel supply control, safety features like airbags, anti-lock brakes, high tech CVT transmissions, GPS navigation, radar gun scanners, keyless access to locks are some of the few modern innovations of the modern car.

Despite all the safety feature in modern cars, car crashes still happened on a daily basis.  If you have been injured in a car crash, you should look for a car accident injury lawyer Perth to assist you with your existing injury compensation claim through the Insurance Commission of Western Australia.  We hope your motor vehicle’s safety features help to keep you safe.

After the wall street collapse in 2008, there was a shift in the power dynamic of the car manufacturing industry. China emerged as a champion of fuel-efficient models, and now in east Asian countries like South Korea and Japan, electric cars are also quite common.

The Toyota Corolla that came out in 1996 has done well for every decade since then. The big players of the business, like Ford, Porsche, Mercedes, Volkswagen, Datsun, Nissan, are still developing more and more efficient designs with added features.

Looking at the long history of the automobile industry, it can be said that human innovation has created and perfected a marvel that has completely revolutionized public and private transport. Read More About: ifuntv

Car Colors in America: Which are the Most Popular?

All You Need To Know About Bike Trailers

Know More About Your Car