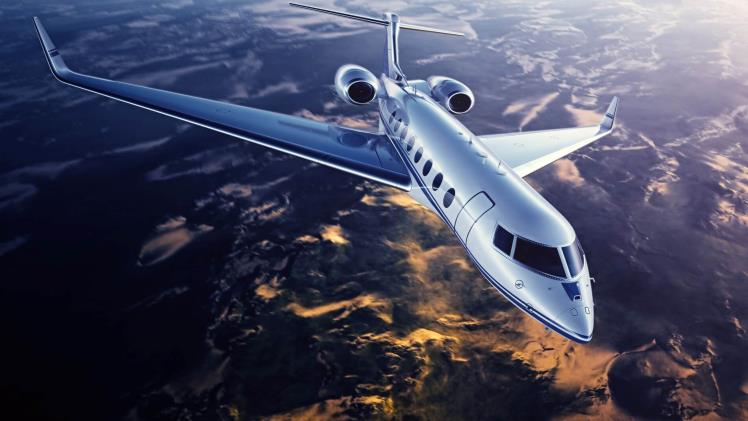 Though nearly all commercial aircraft and private jets utilize a jet engine to power them in the sky, they differ in design, which makes one a better choice over the other when choosing between the two for your flight.

In fact, besides their obvious difference in overall look and airport type, commercial planes and private jets also vary in many other ways, which ultimately affects your flying experience, including:

At first glance, the main differences between a commercial airliner and a private jet are their size and shape.

A private jet is typically smaller because it is designed to carry a limited number of passengers per trip. It also has a more streamlined shape to prevent excessive turbulence for a smoother, faster ride.

A commercial aircraft, on the other hand, is meant to transport lots of people per flight, so it is larger to accommodate public crowds. Its larger size also makes it more susceptible to turbulence, so passengers typically experience a slower, rougher ride.

Once you step aboard a private jet and a commercial plane, you will notice that their seating and interior layouts also vary.

Since a private jet is built to transport a small group of people, it is also more spacious and luxurious than larger commercial planes for a more pampered experience, which factors into the private jet price.

Hence, it typically has just a few soft, plush seats, which may also have airbags and other opulent features, and it may also have a couch, table, and more so that it resembles more of a room to relax and unwind in the sky.

However, commercial airliners feature many rows of seats to fit as many passengers as possible, and the seats are also usually narrower, smaller, and close-set, so you have less personal space.

In other words, the seats are designed simply to provide an anchor to keep you strapped in and safe as the plane leaves the ground, experiences rocky movements in flight, and lands.

A private jet also allows you to control the cabin’s ambiance, which also makes for a cozier flight.

This way, you can dim or turn off the lights and pull down all the window shades when you want to sleep, and then, once you awake, you can open all the shades to enjoy the morning view.

With a commercial aircraft, the passengers have no control over the overhead lights in the interior, which makes it harder to get a good nap or a good night’s sleep when you want.

However, you do have control over the individual light over your seat. But you can’t control whether or not the person sitting next to you turns their light on or off while you’re trying to rest.

A private jet also typically includes a high-definition, large-screen television equipped with satellite so you can watch unlimited movies, play games, and more while flying.

On a commercial flight, however, there is simply a small screen television installed onto the back of the seat in front of you to enjoy.

Your movie selection may also be limited, and you also usually can’t play games.

Unless you are flying internationally on a commercial airplane, you should only expect to be served small snacks and basic drinks to quench your hunger and thirst while on board.

Though private jets and commercial airliners both have their place in air travel, now that you know the difference between their designs and the experience they each provide, you can choose the right one to suit your needs for particular trips.

You should also keep in mind that a private jet costs more to book, so keep this in mind when flying on a budget.

Things To Know Before Moving To Tacoma Wa

Complete Guide To Ring Road Iceland  | Everything You Need To Know