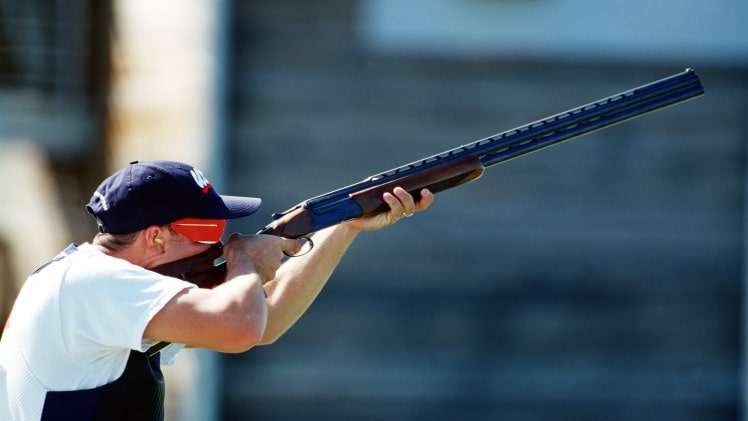 EVERYTHING YOU NEED TO KNOW ABOUT SKEET SHOOTING

Skeet shooting is a well-recognized and thrilling discipline of clay shooting. After trapshooting, it has evolved to simulate the clay’s flight as an original flying bird. Skeet shooting, played in Olympics, is a favorite sport among enthusiasts. In gunshot events, clay discs called “pigeons” are thrown in the air from a fixed station, and the shooter has to break the discs before they fall apart.

There are 8 stations in skeet shooting, arranged in a semicircle. The diameter of the semicircle is 21 yards. Out of 8 stations, 7 are placed along the semicircle, and the 8th station is midway between the others. There are two trap houses to fire the pigeons, one is a high house, and the other is a low house. The left house (high house) fires the target at the height of 10 feet from the ground, while the right house (low house) fires the target 3 ½ feet from the ground.

One round of skeet consists of 17 shots as singles and 8 shots as double. A total of 25 targets are fired in one round. If any target is missed, you have to repeat it immediately, and this is an “option.” Skeet is played in the form of a squad with 5 shouters grouped. Members of the squad move from one station to other along the semicircle.

Before entering the field, check the following equipment that you are accompanying:

After entering the field and joining the initial position, a shooter follows the following steps to complete the round. These steps are also known as the sustained lead technique.

Scoring of skeet shooting is done using a manual sheet. This sheet consists of rows and columns, and the total score is aggregated after each round. An automated scoring system is used when skeet is played at the Olympic level. This is all about skeet shooting.