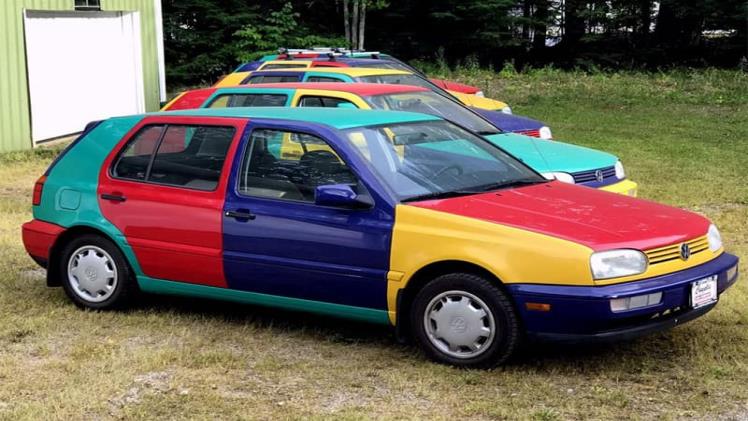 Car Colors in America: Which are the Most Popular?

Most vehicles in the early 20th century were powered carriages, which were quite different from modern automobiles. Applying the paint, waiting for it to cure, and completing the automobile took weeks, and the processes were often adapted from oil-based coating formulae used for conventional horse-drawn carriages.

As rich as the color palette was, paintings often faded or became yellow over time owing to an absence of a binding agent. Ford eventually came up with asphalt-based enamels for vehicles, which allowed for deeper colors to be used while also lasting far longer.

Tung oil, sprayed and painted onto automobiles, was used for the first time after World War I to facilitate quicker drying periods.

During the 1930s and 1940s, it was typical to see vehicles with just one color with chrome trims. Most modern automakers only give a handful of color options, unless you pay more for a luxury package.

If you want to know about the popular automobile colors and why they became so famous, you have come to the correct spot. Here’s a rundown of the best- and worst-selling car colors for automobiles.

Before we get started, if you are thinking about purchasing a new car, here are 6 exciting options for fast cheap cars that you must check out later.

Why are there So Few Car Colors?

Today’s most popular automobile colors are those that look well on different makes and models and are thus more likely to sell.

Because of these tried-and-true color combinations, automakers can produce vehicles in massive quantities without stressing about coming up with constantly fresh designs.

If you’re looking to maximize production and sales, it makes sense to mass-produce standard colors and refer clients who need a bespoke color to specialist painters.

Particular color schemes just look better on some automobiles. For instance, we would anticipate seeing flashy or bizarre paint jobs on high-end sports cars but not on our everyday automobiles.

What are the Most Popular Car Colors?

For some years now, white has been one of the most popular choices for automobile paint. White appeals to many consumers because of its timeless purity. In addition, the success of brands like Apple has helped to further link white with cutting-edge technology.

As far as car colors go, white and neutrals are always voted as the best. They have a broad base of fans and are often connected with wealth and prestige in the United States.

It’s not only the car industry that conservative color palettes are prevalent; they can be seen in a variety of other industries as well.

It’s also not as noticeable when water marks and filth build up on neutral-colored autos. One possible explanation for the prevalence of neutral car colors is that they hide surface damage like chips and scratches better.

What are the Least Popular Car Colors?

You won’t see many cars in these striking hues cruising around parking lots or on the road.

It’s not easy to pin down exactly why the least popular automobile color is typically something flashy like purple, but it might have something to do with the impression we’re going for.

Colors like white and grey are great for blending in with the crowd, while brighter hues like gold and purple stick out. There are people who would rather not draw attention to themselves on their daily commute to and from work.

What is the Safest Car Color?

Brighter and bolder colors are often safer, according to research, since they shine out in every weather situation, making drivers and passengers easier to see.

According to experts, white is the safest automobile color due to its high visibility in all-weather situations and its popularity as a vehicle color. A white car stands out more in every environment, regardless of weather or lighting conditions.

What Car Colors Stand Out Least?

Black and deeper blue are the two automobile colors least likely to stand out on the road. These hues aren’t always easy to pick out, especially when the weather is bad or when it’s dark outside. Low visibility is also connected with the color red and with very dark grays.

Red is a considerably more visible hue than black, but some experts claim that it might be difficult to see stop signs and brake lights since it blends in with them.

All You Need To Know About Bike Trailers

Know More About Your Car

What are the important things you need to look for your first car?