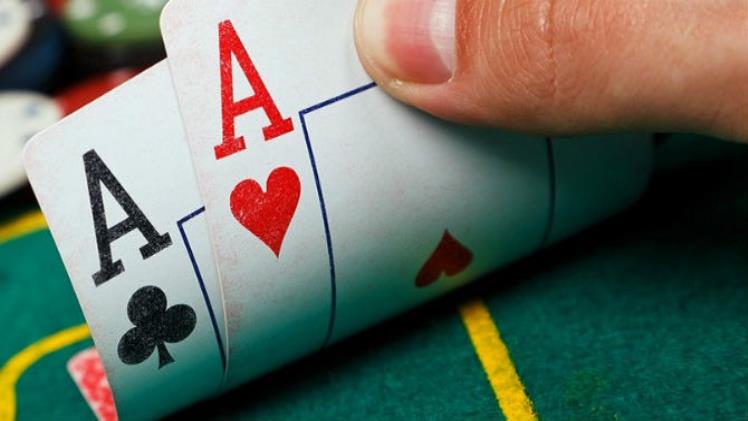 Texas Hold’em poker is one of the most popular live casino versions of poker out there. It is played in casinos all over the world.

There are 1326 possible combinations when it comes to two-hole cards from a standard 52-card deck in hold ’em. However, suits have no value in this variant of poker. This means many hands have a similar value pre-flop.

Yet some Texas Hold’em starting hands are still much better than others.

There are a couple of key things you need to know including what a starting hand is, why position matters, and the best starting hands in Hold’em. This article has it all!

What Is A Starting Hand?

A Hold’em starting hand consists of two hole cards that solely belong to the player. This is quickly followed by five community cards that are quickly dealt into the gameplay. Any betting takes place before the community cards are revealed and then continues throughout the hand.

The position is arguably the most important concept in Texas Hold’em. It refers to where players are seated near the dealer button, other players, and all of the blinds in a given hand.

Where you are in the hand will determine the overall range of cards that you can profitably play. So essentially, the greater your position is at the table, the more hands you’’ be able to play.

Pocket rockets are the greatest Hold’em starting hand. You can dominate stronger starting hands such as KK, QQ, and JJ meaning there’s potential to win a huge pot. This combination occurs once every 221 hands.

These “cowboys” are the second-best Texas Hold’em starting hand. It’s never a good idea to fold this on the pre-flop – you should focus on betting on the hand at this stage to control the current pot.

Ladies are extremely strong starting hands that beat the majority of the deck pre-flop. This starting hand dominates many hands such as JJ, A-Q, A-J, and A-T which contribute lots of money to a pot.

Not only is the “big slick” starting hand loved by experienced poker players for its ability to hit the best flushes and straights, but it’s the ultimate drawing hand. Players can hit flops or aces on the flop.

The “Anthony and Cleopatra” is a strong hand that may become weak on the flop if it cannot spike a pair. You must be concerned about pocket queens, pocket kings, and pocket aces with this starting hand.

Pocket jacks or “hooks” are considered a difficult premium hand to play in Hold’em. Though it has a high winning percentage against any two random cards, it’s crushed by pocket queens, pocket kings, and pocket aces.

This is a high-quality starting poker hand and must be dealt with lots of aggression. Commonly known as the “King of Queens,” these powerful cards can carry you through the game.

The “blackjack” performs well against random cards but can get rocked by stronger starting hands. However, you have the opportunity to get a nut flush, straight, royal flush, or even a high pair.

Despite being a strong drawing hand, the “big slick” takes a huge hit in terms of power rankings compared to its suited counterpart. Fortunately, it dominates weaker Ace-X hands.

Pocket tens or “dimes” are essentially the best hand from a lower-tiered group of starting hands. It’s still pretty good against rags but is quickly crushed by starting hands including JJ, QQ, KK, and AA.

The answer is pretty straightforward if you’re pre-flop: pocket aces. Outside of these parameters, the answer is a little up in the air. After all, there are so many variables in Texas Hold’em that the best starting hand can change multiple times from the flop round to the river.

That concludes our quick beginner-friendly guide to Texas Hold’em starting hands. After reading this article, hopefully, you know a bit more about the different starting hands in Hold’em!